We thought it was about time to create a multi-player game for our mixed reality trampoline game, ValoJump. Super Stomp is the world’s first multiplayer trampoline game! In Super Stomp, you get to compete against your friends in fast-paced matches where you try to stomp them into the ground before they get a chance to do the same to you.

Now you can squash your friends in Super Stomp!

Your movements on the trampoline will determine how you move inside the game. Be quicker, or outsmart your opponent in order to achieve victory.

Just about anything is more fun with friends. We heard a lot of feedback from ValoJump players who wanted to see a multiplayer game. With Super Stomp, we wanted to make it possible for people to have fun on trampolines together, not just by themselves.

Super Stomp has also enjoyed some industry recognition. In 2019, the Super Stomp set up was awarded in the Best New Product (Technology Applied to Amusements) category at the Brass Ring Awards 2019 ceremony.

Since we first launched Super Stomp, we have been busy developing new multi-player games for ValoJump. Visit our website to check out the other games.
Our customer, Denis Lopatin, is happy to announce that ValoJump brings gaming to trampolines and lines of eager players to his park. Download the case study to find out why Denis thinks that although there are a lot of digital gaming solutions out there, only ValoJump is worth the investment. 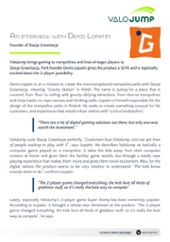 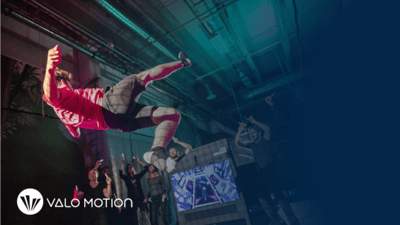 One giant leap for mixed reality

"Physical activity and gaming combine in a new genre of hybrid sports" is how Neal Romanek, editor of FEED magazine, describes Valo Motion and our newly launched ValoLeague. 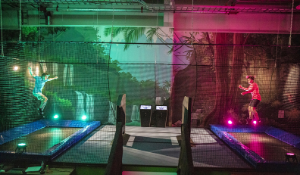 ValoJump is an award-winning digital trampoline game where the games can be played without any physical contact with the product or other players. ValoJump is played one person at a time, so there is automatically physical distancing between 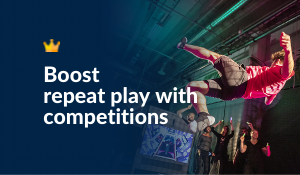 Competitive gameplay, personalised experiences and localised offering combined with easy access are key to provide your visitors with an engaging, multi-activity entertainment attraction that delivers a reliable and measurable return on 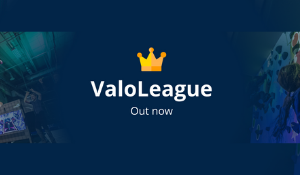 We are proud to present the first-ever Active eSports League for mixed-reality trampoline and climbing wall: ValoLeague.